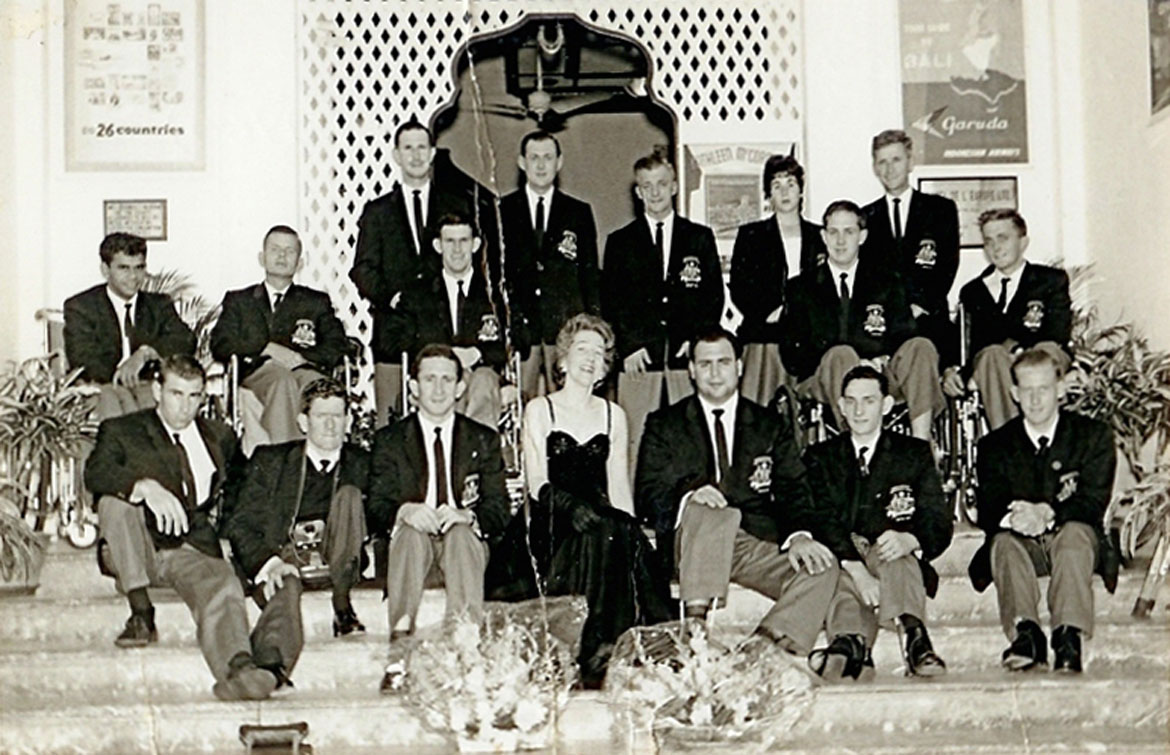 Members of the 1960 Australian Paralympic Team pose with an entertainer at their hotel in Singapore en route to the first Paralympic Games in Rome, September 1960. At this time, it was seen as beneficial for people with paraplegia to spend time standing and even to learn to ‘walk’ using crutches and wearing calipers, so Daphne Ceeney (later Hilton) in the back row and Frank Ponta (seated, far left) are out of their wheelchairs in this photo.