At the cycling, the medals kept coming Australia’s way 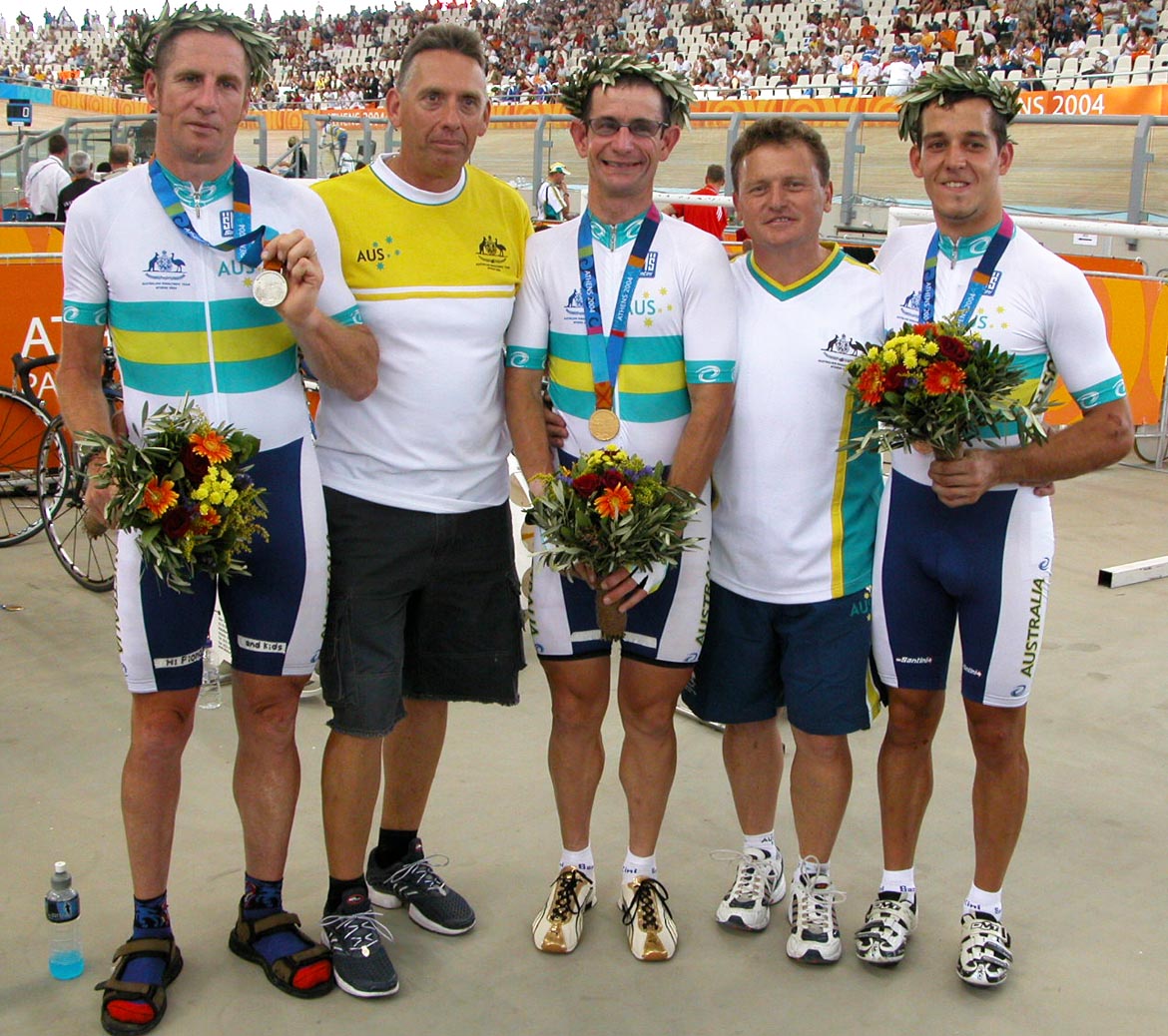 Australia’s cerebral palsy cyclists came up with a full set of medals between them in the 3000m individual pursuit at the Athens summer Paralympics. In the CP4 class, Chris Scott (centre) rode a world record to hold off teammate Peter Homann (left). In the CP3 class, Andrew Panazzolo had to settle for bronze in his pet event. Pannazolo had celebrated his silver medal ride in the 1km time trial with a victory salute that was too much for his balance on the bike and had come down hard on the track, taking the edge of his capacity to ride to his maximum in the pursuit a couple of days later. With the riders are cycling team head coach Kevin McIntosh and assistant coach Darryl Benson.