And the Homann and Scott eras as well 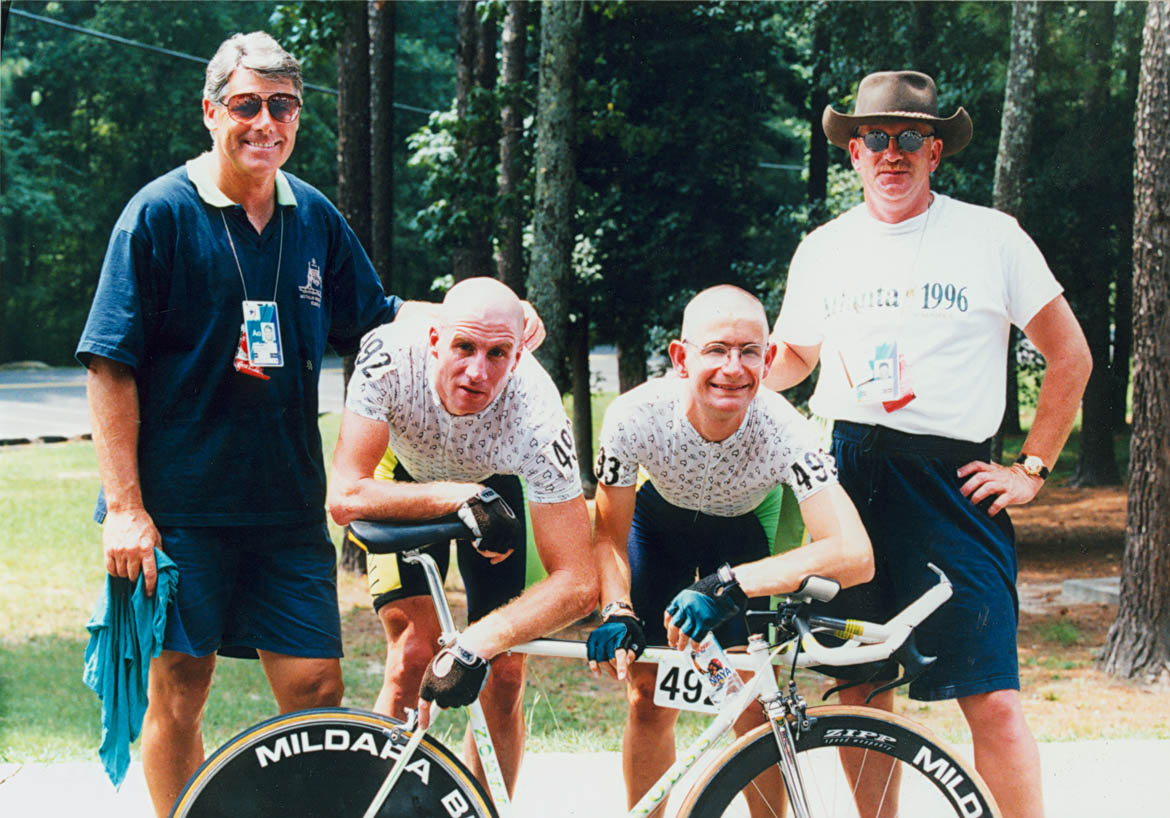 Cyclists Peter Homann (left) and Chris Scott lean on a bike during a break in the road cycling competition at the 1996 summer Paralympics. Both won individual gold medals in Atlanta and both went on to enjoy stellar Paralympic cycling careers. Scott won 10 medals (6 gold) in 4 Paralympics and Homann won 7 medals (3 gold) in 3 Games. In 2008, Homann became the first Australian athlete inducted into the IPC Hall of Fame. A major factor in the success of the cycling team in Atlanta was the influence of head coach Ken Norris (left) and assistant David Woodhouse.