Every Australian state was represented 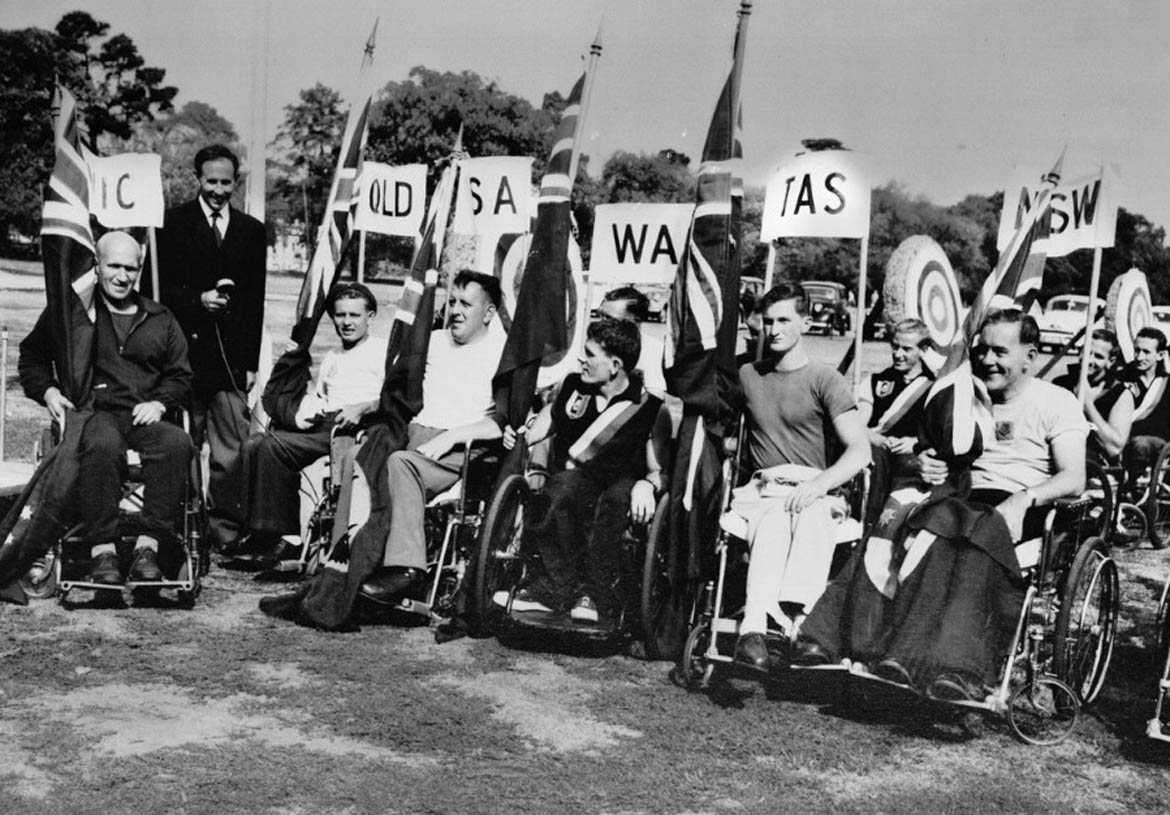 Although the first spinal unit in Australia had been established just six years before, and organised wheelchair sport was in its infancy, the first National Paraplegic Games, in Melbourne in 1960, attracted teams representing every Australian state. The Games was the selection event for the Australian Team to attend the 1960 Rome Paralympics. One of those selected for Australia’s first Paralympic team was Bill Mather-Brown, seen here in the centre, under the WA banner.