A visit from the Minister for the Olympics and Paralympics 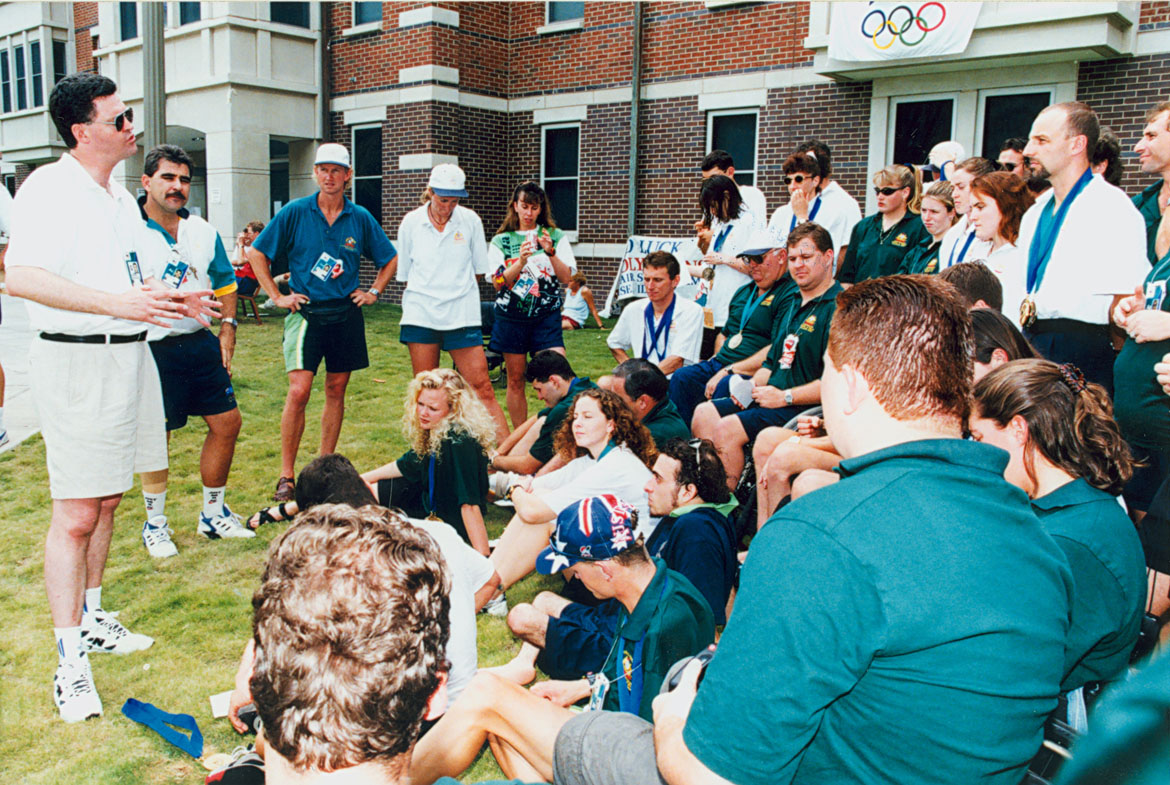 Sydney 2000 Minister in the NSW Government for the Olympics and Paralympics, Michael Knight, addresses Australian Team Members in the athletes’ Village at the Atlanta 1996 Paralympic Games. Atlanta was the first Games after Australia won the 2000 bids and there had been considerable uncertainty about the previous state government’s support for the Paralympics during the bidding process. Knight was keen to reassure the athletes and officials about the plans for the Sydney Games.