A place for a lie down … 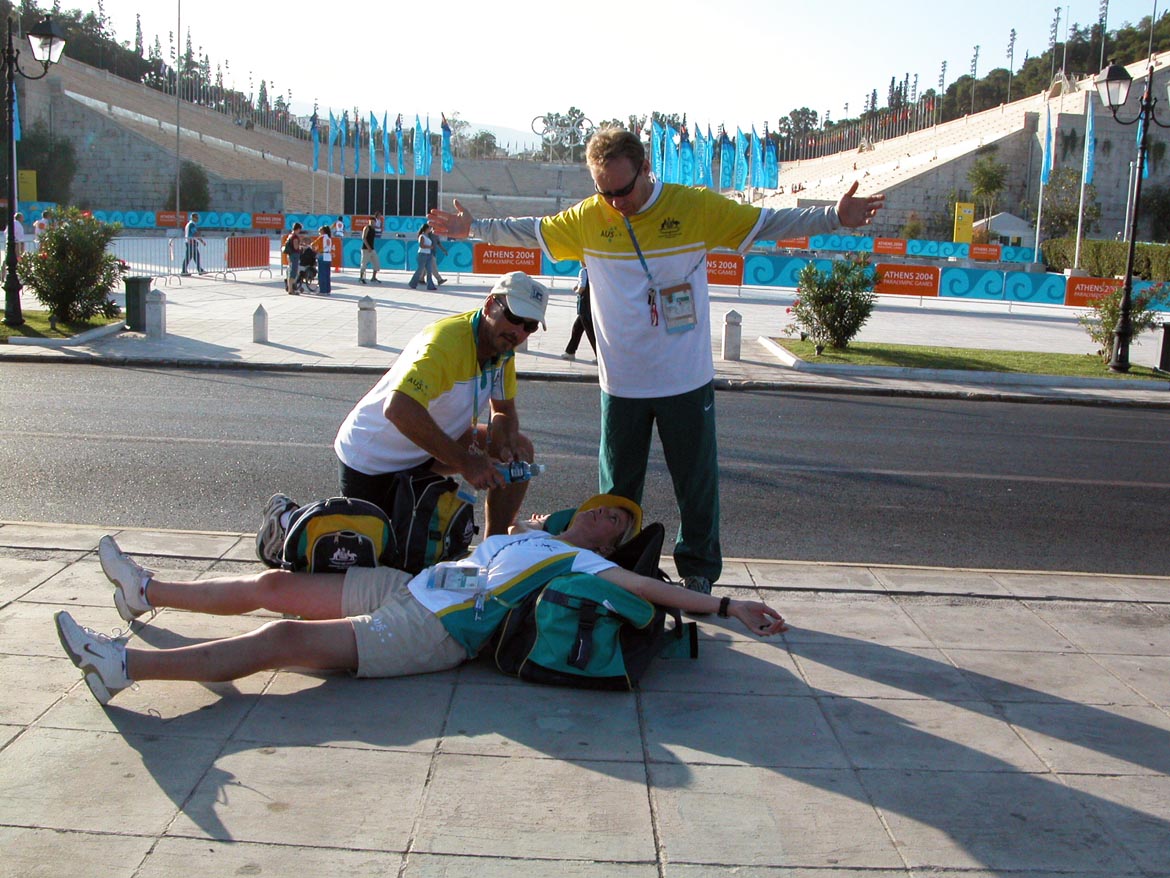 Athletics staff member Louise Mogg feigns exhaustion on the road outside the Panathenaic Stadium after completing the entire marathon course (in a car) just ahead of the field. It was an incident that typified the nature of the Athens summer Paralympics. Australia’s marathon competitors and some staff stayed in a hotel in the village of Marathon the night before the race to avoid the long drive down early in the morning. After ferrying the competitors to the start and seeing them through the marshalling area, Mogg, coach Andrew Dawes, massage therapist Kieran Cusack and HQ staff member Tony Naar set off for the drive in their official team car to the finish line in Athens. Less than 400m from the start, they turned onto the actual course where there was a gap in the fencing and drove the closed road the entire 42km into the centre of Athens on the marathon route, past hundreds of officials and police. They were not challenged as Dawes talked his teammates through the course and the critical points for the racers. On arrival at the marble stadium where the race would finish, they moved a barrier aside, parked the car behind it, and walked across the road to await the real racers. But not before Mogg, Cusack (left) and Dawes posed for a photo.