A place for a chat … 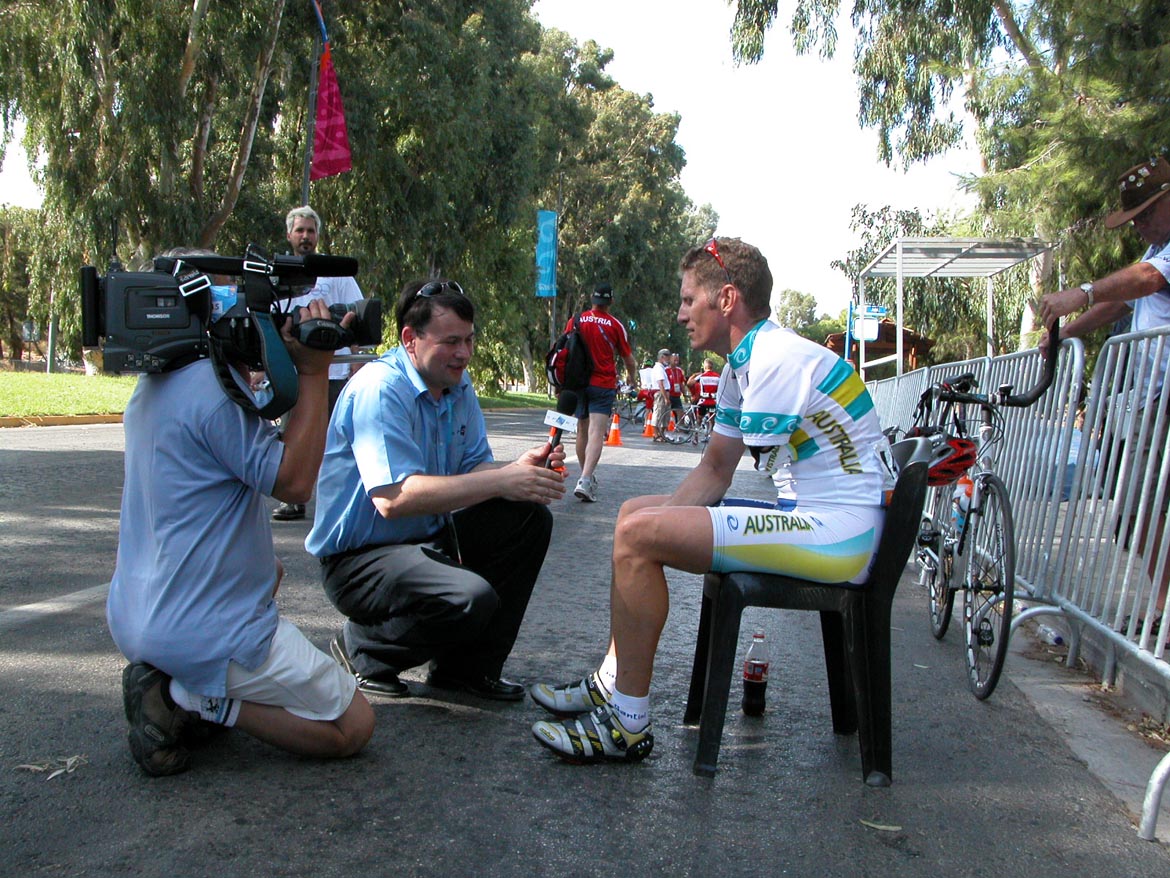 Australian cyclist Peter Brooks talks to John Baldock from the broadcaster SBS after the road race stage of his combined road race and time trial event at the Athens summer Paralympics. Brooks finished 4th in the road race and would need a big time trial ride to win a medal. Brooks, a good time trialler, came through to win the bronze medal. As the number of medal events was limited by the International Paralympic Committee, cycling chose to combine the road race and the time trial for most classes into a single medal event, which was decided on the average of the two events. The Athens Games were the only Games between 1988 and 2014 not covered for Australia by the ABC.