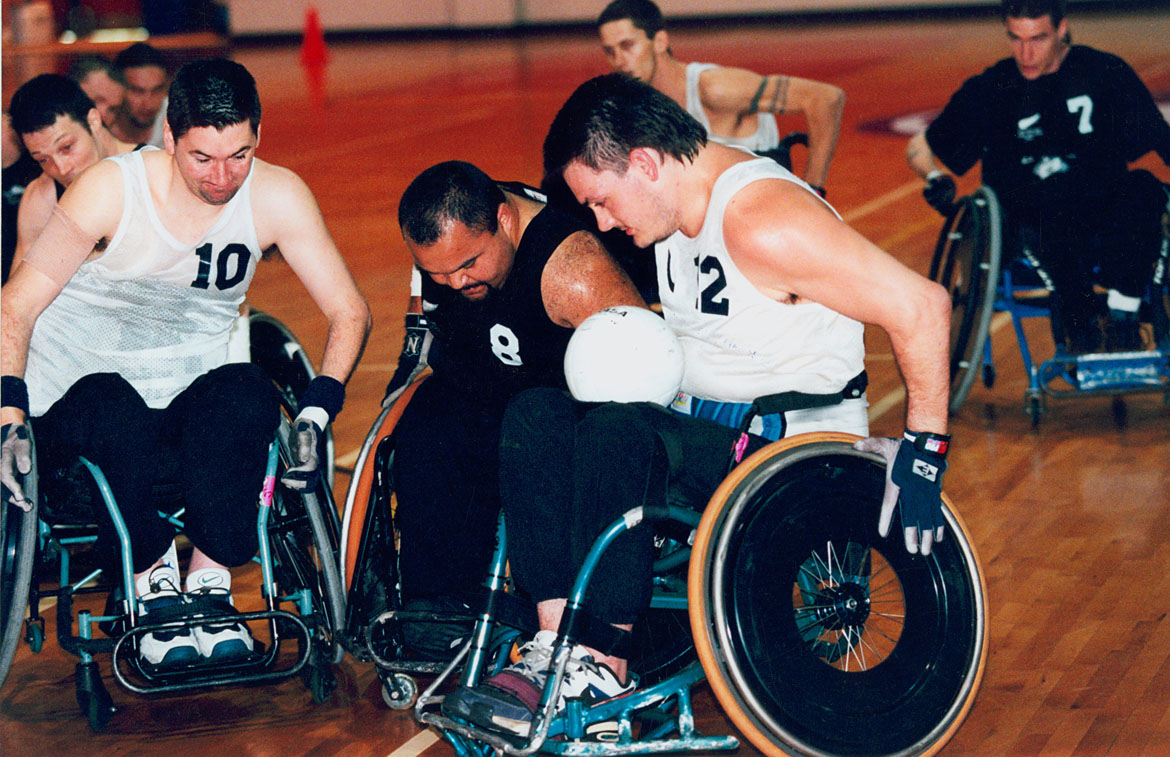 Australian wheelchair rugby players Garry Croker (left, in white) and Steve Porter (right, in white), battle to overcome the defence of the New Zealand “Wheelblacks” in this demonstration sport at the 1996 Atlanta Paralympic Games. The Australian team went down to the Wheelblacks 23-39 and didn’t win a game in Atlanta. After Atlanta, the Australian Paralympic Committee secured the services of leading American coach Terry Vinyard, who commuted from Florida to Australia to coach the team and led it to a silver medal finish in Sydney. Both Porter and Croker returned in Sydney, with Porter captaining the team. The chairs have progressed significantly since Atlanta and now resemble “Mad Max” armoured chariots.